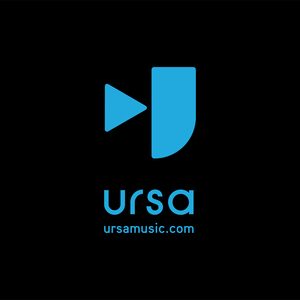 Today’s streaming services offer access to every song ever recorded at the click of a button, which has changed the way we listen, but in choosing to focus almost entirely on playlists and recommendations, music has become more about discovery algorithms and less about the artists that make it. Not ...

Introducing URSA: the only music streaming platform where artists can post content directly alongside their songs and albums, including photos, videos, additional artwork, lyrics, and liner notes. Ursa is also the first streaming service that brings the global network of industry professionals to the forefront with linkable credits (patent pending), offering an exciting new approach to music discovery. Ursa’s mission to frame artists at the center of the streaming experience gives fans an opportunity to go deeper with the artists they love as they’re listening, and redefines what makes a great music streaming platform: not only a place we go to listen, but a community for engagement.

Ursa was founded by artists and musicians Chris Jones (singer/songwriter – stage name Chris Grace) and Chad Royce (drummer – Swimmer, Leona Naess, Darediablo, producer/songwriter – Meshell Ndegeocello, Girls Generation, Hot Chelle Rae, Big Time Rush, JTX, and Ricky Smith). Having come up in the New York music scene of the late 90’s and beyond, both Chris and Chad have performed on countless stages throughout the world and have recorded a multitude of albums and songs as side men, as producers, as songwriters, and as artists. This authentic insider perspective has shaped Ursa into a music platform uniquely aware of the challenges artists and professionals face in today’s digital music landscape.

Artists often struggle with mental health issues, confronting limited resources and social stigma. To address this, new artist-centered streaming service URSA is partnering with the organizers of Strange 80s, a rock star-packed benefit in its third year, to support their efforts to put mental health first in the music community.

“We’re artists at URSA and we’ve seen firsthand the struggle fellow musicians endure due to depression and mental illness,” says URSA co-founder Chris Jones. “It’s our privilege to sponsor an event with the noble goal of saving lives and raising awareness on this issue and we look forward to continuing this partnership for years to come.”

“We built our streaming service to be as artist-centric as possible,” adds URSA co-founder Chad Royce. “Strange 80s is fighting for the same values we share, for seeing musicians as full-fledged people with complex psychological and personal needs. We want to support artists in all aspects of their life.”

The third annual Strange 80s, now in 3D!, will be held on June 1 at the Fonda Theatre in Los Angeles. It benefits Talinda Bennington’s mental health organization 320 Changes Direction, and Give an Hour. Their mission is to effect culture change, encouraging people to regard their mental health with the same love and tenacity that they do music. The show is a future-retro, 80s inspired, fully immersive experience featuring rock stars, united by charity, to perform the anthem of the 80s, in a venue designed to recreate the decade. The Fonda will go full time-warp, with video arcade games, 3D production, and iconic movie set photo stations.

"Music can play an important role for those who are hurting emotionally - it can soothe, heal, and inspire hope. Give an Hour, through our public health initiative, the Campaign to Change Direction, is excited - and grateful - to partner once again with Charity Bomb for Strange 80s - a wildly fun concert that will definitely be good for everyone's emotional well-being!" explains Dr. Barbara Van Dahlen, Founder and President of Give an Hour. "Through 320 Changes Direction, our special partnership with Talinda Bennington, we are working to reach those who are struggling - so that they know they aren't alone. We want everyone to come out on June 1st, 2019 for the concert - to raise awareness and funds for the work we are doing to change the culture of mental health. With Charity Bomb running the show, we know it will be great fun and a huge success!"

“Partnering with exciting new companies like URSA Music, is exactly what we had set out to do. They are an innovative new platform that re-ignites the passion in music fans who want to submerge themselves in every artistic detail and meaning behind a band’s work,” says Matthew Leone of Charity Bomb. “Reciprocally, the platform finally provides artists with an all-in-one place for them to showcase their art, instead of their social media posts, and operate their band’s business. We hope for this to be the genesis of a long-term partnership between our two entities, who share ethical values and appreciate true art!”

For a look into what to expect at this year's Strange 80s, fans can check out the following video: bit.ly/2PqVQke

Built by a duo of professional musicians, producers, and songwriters, URSA is the only music streaming platform where artists can post content directly alongside their songs and albums, including photos, videos, additional artwork, lyrics, and liner notes. Ursa is also the first streaming service that brings the global network of industry professionals to the forefront with linkable credits (patent pending), offering an exciting new approach to music discovery. Ursa’s mission to frame artists at the center of the streaming experience gives fans an opportunity to go deeper with the artists they love as they’re listening, and redefines what makes a great music streaming platform: not only a place we go to listen, but a community for engagement.

Charity Bomb is a non-profit organization founded by four philanthropic friends to produce benefit shows for a variety of charitable organizations in the scope of music. Our motto is "All Purpose Altruism" - we deliver 100% of the proceeds, 100% of the time, with 100% transparency, to ensure that the funds raised reach its intended constituency, every dime, every time.

Musician & Philanthropist, Matthew Leone was put into a coma with 1/3 of his skull removed after rescuing a woman being beaten on the streets of Chicago a few years back. From Kevin, Lyman & Warped Tour, to Kiss and Madonna, the international music community rallied to bring him back to life. Smashing Pumpkins even did a benefit show for him. Twin brother, singer for their band Madina Lake, Nathan Leone agrees, this is what saved his life. Consequently, the Leone's devoted their lives to giving back. After several years with Sweet Relief Musicians Fund & Help Musicians UK, it was time to branch out.  All-Purpose Altruism - Charity Bomb reflects the ubiquitous truth that love is the antidote for everything. This notion, as applied in our philanthropic context, asserts that we will drum up love, in all of its forms, for a particular cause or purpose, and drop it on the antagonist.

Los Angeles native, professional musician & acclaimed songwriter, Nik Frost, suffered from addiction. When drugs came dangerously close to claiming his life, it was fellow musicians, Dave Kushner & Brian O'conner (Velvet Revolver & Eagles of Death Metal respectively) who intervened and came to his rescue. Nik worked with Matthew on several projects, all a pre-destination to Charity Bomb.We are a non-profit, fundraising and awareness agent for any benevolent cause that enters our ether.

Ryan Ford, lifelong closest friend, philanthropist, successful entrepreneur, an avid lover of music, is the fourth Charity Bomber. Ryan's founded several businesses, MP45 Records among them, and brings the administrative acumen to complement his creative contribution to the collective. In short, we have the purpose, we know the right people and we know how to put on a show. We love a win-win-win outcome. It's abundantly clear that living a life where we produce spectacular live music events that serve a philanthropic cause, makes our constituents win, our clients win, and the fans win.

320 Changes Direction is the latest strand of GiveAnHour.org's Campaign to Change Direction. It is a coalition of concerned citizens, nonprofit leaders, and leaders from the private sector who have come together to change the culture in America about mental health, mental illness, and wellness.